Seetal Kaur
Seetal Kaur is an arts manager, dance artist and social activist. As a Relationship Manager for Arts Council England, she provides advice and insight to individuals and organisations to develop dance as an art form and manages a portfolio of dance organisations in the Midlands region.

The world is angry right now. Organisations, corporations and governments have been making pledges about equality and discrimination but recent events have exposed that the fight against racism still has a long way to go. The #BlackLivesMatter movement is specific to the experiences of Black communities in America and similar countries but what about the wider issue of tackling racism through ‘representation’ and ‘diversity’?

For South Asian women in the diaspora, this has been a growing area of concern. As an ethnic minority caught between two cultures that are often at opposition with one another, South Asian women have commonly become isolated and play taxing multiple roles in home, work and social contexts throughout their lifetime.

But with the rise of social media, have the tables started to turn? New York Times number one bestselling poet and author Rupi Kaur shot to fame after her self-published book ‘milk & honey’ went viral. YouTuber Lilly Singh consistently shared content and collaborated with others to grow her following to over 15 million. Most recently the second season of her chat show ‘A Little Late with Lilly Singh’ has been given the green-light by NBC. She is the only openly queer person as well as the first person of Indian descent to host an American major broadcast network late-night talk show.

And there are others, Bollywood star Priyanka Chopra has settled in the US with husband Nick Jonas and Mindy Kaling recently produced the number one Netflix series ‘Never Have I Ever’ with a young South Asian female protagonist.

Although these examples are highly important, they’re not without their problems. Social media may have helped the consumer/follower to amplify voices so that mainstream media has no choice but to pay attention, but should we clap blindly for every success story that we see? If we feel represented in some way, is that good enough? 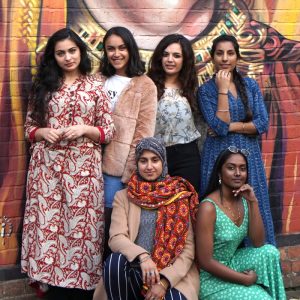 Let’s take Instagram influencer, Lilly Singh, for example. Her criticisms for cultural appropriation have been widely publicised. From a South Asian diaspora perspective, her caricatures of her ‘parents’ are pretty disrespectful too. It could be argued that many media representations of South Asians are actually conforming to mainstream, white, American norms. How are these stories, characters and personalities actually challenging the racial status quo in American society? In many cases, racial hierarchies are maintained and not challenged. But at the same time, like so many others, Lilly has worked hard, achieved huge milestones and become a role model for millions around the world.

The importance of role models is one of the arguments for more diversity inclusion representation in the media, after all, “you can’t be what you can’t see” is a phrase that is said time and time again. A study also revealed that 70% of girls state that they think differently about their futures after finding female role models. This responsibility is no stranger to any seasoned celebrity. But many go one of two ways; they either embrace the opportunity or shrug their shoulders of the burden.

Perhaps it’s not fair to place such a responsibility on industry professionals who are, after all, flawed human beings just like everyone else. There is also an element of artistic freedom as media is a creative endeavour and is much about expressing ideas through the visual medium as it is about selling producers and gaining views. 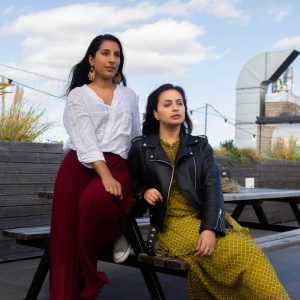 So who should be held accountable for ‘responsible representation’ if we put it that way? Ultimately, business is business – it’s really about understanding your consumer market. The case for diversity in media means that if more people connect with your business, then it’s likely that more people will become consumers or paying customers. In a recent study by Adobe, overall almost a quarter of UK consumers have stopped supporting a brand because it failed to represent their identity, this number jumps significantly when we look into different communities (Black 46% and Asian 35%).

There are many  examples where diversity has worked in a business’ favour. Almost everyone can find something that they relate to on Netflix and if other media corporations don’t adapt, then they will lose valuable customers to competition that puts diversity higher on their agenda. Sometimes, all it takes is a lone pioneer such as Rihanna, for example. She caused such a stir in the beauty industry when she launched Fenty Beauty with 40 shades of foundation and used diverse models in her powerful campaigns that many brands have now followed suit.

This shows that diversity is not just a trend, it’s a new age where consumer connection is paramount. Not all representation may be ‘good’ but incorporating diversity authentically into your business will be. Brands that are inauthentic are being left behind. Listen to your audience, stay relevant and accountability to your market will pay off.

We are genuinely here to help. Fill in these details and we’ll come back to you as soon as possible.